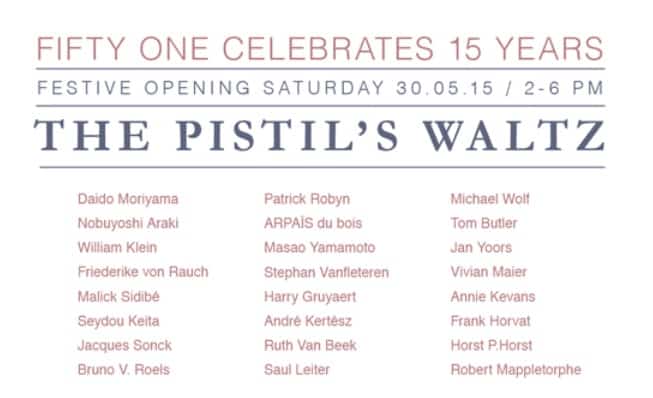 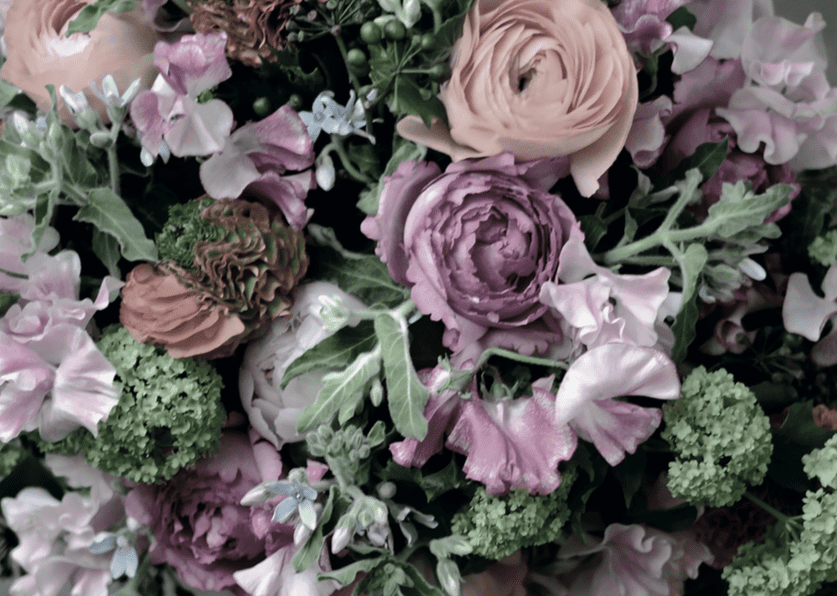 Against the backdrop of the gallery’s 15th anniversary, a group show will be presented around the theme of the “flower”, but in a very broad meaning.

The lovely month of May will be for my team and me the month of the pistil’s waltz. We shall celebrate the fifteenth anniversary of “FIFTY ONE” that is to say the passing time which has given us nothing but happiness. And since happiness is something to be shared, we have decided not to celebrate it by praising the gallery through an exhibition regrouping our artists or by retracing its history, but by inviting photographers and artists who are close to our heart, being artists linked to the gallery, or just dear friends and others whom we admire. This anniversary shall be above all that of all the priceless encounters we made these last fifteen years with artists, collectors, curators and faithful visitors.

Thierry Boutemy is one of those dear to me. We were both young at the time we met, about 15 years ago, and passionately interested in photography and art in general. It was a photograph from Elinor Carrucci which was the origin of our story. It’s acquisition by installments meant a lot to me at that time, for I knew it was going to be in good hands, it is still there today. We both remember it as if it were yesterday.

This is how I came to ask Thierry to take over the space of FIFTY ONE TOO for a few months. His creations are a breath of fresh air to me in a world which sometimes goes by too quickly, is sometimes too futile and superficial. What awakens my (our) senses in his work are the invitation to slow down the pace, reflect and introspect. Thierry’s relation to flowers and plants, to wild nature (which is so rare in our part of the world) is one of quietude, deep respect and wonder. All these terms can also apply to my relation to all the works I exhibit. I immerse myself completely in his combinations of colours, the subtlety of his use of branches and grasses, his non hierarchification of plants, wild herbs or precious flowers.

Thierry, tender-footed giant, immediately accepted my invitation and has created a room cum grotto taking up the whole of the gallery space, thereby transforming it into a garden of remembrance, of souvenirs, being the theme leading to many of his creations. He will remodel the space, bringing the visitor into a visual luxuriance and vegetal perfumes. All of which includes a particular piece of work which Thierry has chosen as the starting point of the adventure. The site will transform itself as time takes its toll, flowers will fade thereby changing the dialogue with their neighbours, others will bloom, others still will erect from the ground, making possible history to perpetuate and unfold. One will also see the fruits of Thierry’s harvest, those gems of nature, found and gleaned during his wanderings. Hence, the title of his set up, “CUEILLIR” (‘gathering”) will assume its full sense.